Doctor of the Future

Finding a reliable and trustworthy doctor doesn't have to be a stressful experience.  Dr. Stanton graduated near the top of his class, is board-certified, and has a long-standing relationship with the community.  He believes that YOU have the innate power to create health and wellness and that it is his job and responsibility to assist you in "unblocking" this power so that YOU can effectively restore and maintain health and wellness. 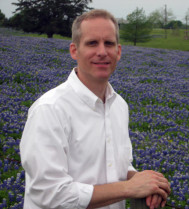 He has studied under Dr. Evan Mladenoff (Kansas City Chiefs chiropractor for 8 years), Dr. John Brimhall, Dr. Janet Lang, Dr. Michael Wells, Dr. Freddie Ulan, and Dr. Stuart White, just to name a few. He is a native Houstonian.  He graduated from J. Frank Dobie High School where he lettered two years in basketball.  He performed missionary work for two years in his early twenties in New Jersey where he became fluent in Spanish.

He is happily married to his wife Michelle.  They live with their five children in Cypress, Texas.